The guest curators consist mainly of influential programmers and bookers from different European and African countries. 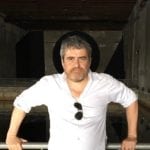 Olivier Bas / Studio des Variétés, France
In September 2015, Olivier Bas joined the Studio des Variétés as head of the creative division, a structure dedicated to the development of contemporary music artists.
He has previously had various roles in the record industry and is part of the “Nouvelle Star” jury panel.

After several years in the music industry (production, management, communication), Stéphane took the lead of l’épicentre, a venue in Collonge-Bellerive, in the countryside of Geneva, in 2004. Since then, he has been collaborating with various festivals and presenting confirmed and emerging artists from all over the world. 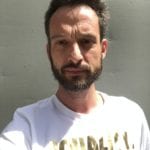 Born in Sarajevo, Dženan Čolpa relocated to Switzerland after deciding to launch Diapazona with the intention of promoting alternative, underground and under-exposed artists from all over the world 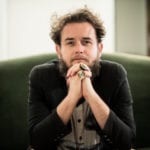 Jess White is a creative and dynamic event producer, manager and booking agent, providing a platform to music, the arts and creative expression in South Africa, the region and beyond. In 2014, he founded Akum Agency, an independent artist management and booking agency, promoter and creative production company. 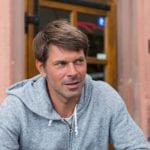 Sandro Bernasconi has been directing the music program of Kaserne Basel since 2009. In 2010 he launched on the Kasernenplatz the first edition of the Polyfon Festival Basel (www.polyfon.ch / former Open Air Basel). In the 90s till 2007 / 2008, he was active as musician and DJ in several projects in Switzerland. He’s on the board of the Swiss Bar and Club Commission, and also programs for the LabelSuisse Festival (https://labelsuisse.ch ) 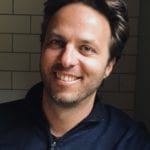 Currently Artistic Director / Programmer of Francofolies de la Rochelle and co-founder of the management and publishing company ORA, Pierre PAULY is passionate  and committed for music for almost 20 years: to the management of halls such as l’Echonova or the Zénith du Grand Nancy, he is also at the lead of so much festivals as Michel’s Garden, Rêverie Moderne, Hivernales du Jazz, as well as concert production and artist development at Prodige Music, Evolution Prod and Nouveau Monde. 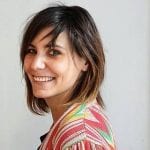 Passionate about music, performing arts and literature, Dominique Rovini has been active in the cultural field for several years in Geneva. Graduated from the University of Geneva with a master’s degree in philosophy and German, she co-founded in 2011 the club La Gravière where she was a programmer for 6 years and also contributes to several editions of the Antigel festival, notably as head of the Grand Central. In 2016, she launches the label “We Can Dance it” with Albane Schlechten to promote equality in the night culture scene. Committed to the artistic scene and aware of the issues related to gender inequalities, she co-directed for two years, then directed Les Créatives, a multidisciplinary feminine and feminist festival, which welcomes more than 150 artists and guests at each edition in about fifty venues in different cities in Switzerland. 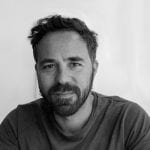 Marco Perales has been working in the industry since 2008 as a co-founder of booking and music management company Cityzen Music. Based in Madrid, currently managing and booking landmark world music artists such as Oumou Sangaré and Cheikh Lô. Marco has a flair for predicting the Next Big Thing and an ear that’s fine tuned to match up artists in amazing cross genre projects. His company is also involve in several Spanish festivals as booking and producing agent. 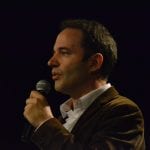 Sébastien Lagrave has a degree in Philosophy and has also been awarded a prize in music theory and lyric art from the Conservatoires de la Ville de Paris. He has been a lyric artist for ten years and has worked, among others, with Olivier Py and Emilie Valentin. He then obtained a specialized Master’s degree in “Management of Cultural Enterprises” at the ESC Dijon, and then went on to become director of the Jean Houdremont Cultural Centre in La Courneuve. It was on this occasion that he met Philippe Conrath who proposed him to take the direction of the association “Africolor” since 2012. Since then, he has been developing cooperation projects combining culture and development in Mali and Grande Comore around the festival, which is considered the European reference for African music. President of the Free Zone network between 2016 and 2018, he participated in the ministerial working group dedicated to traditional and world music. In 2018, he was made Knight of Arts and Letters by Mrs Françoise Nyssen, Minister of Culture. 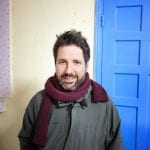 Co-Founder of B-Sides association in 2006. Based in Lucerne, Switzerland. Responsible at the B-Sides Festival for several different areas over the course of the years, such as the overall coordination, booking, production, F&B, networking, marketing, and running the festival office 2013-2017. Currently responsible for the programm of the B-Sides Festival and the development of the B-Sides networking plattform SAY HI!, both together with Jennifer Jans. In 2018, also founder of Other Music Luzern (OML), a network platform for Lucerne-based musicians. OML started with the goal to connect the local artists better amongst each other and more importantly to help emerging artists from the region of Lucerne to get better connected and more visible in other regions in the country and also abroad.