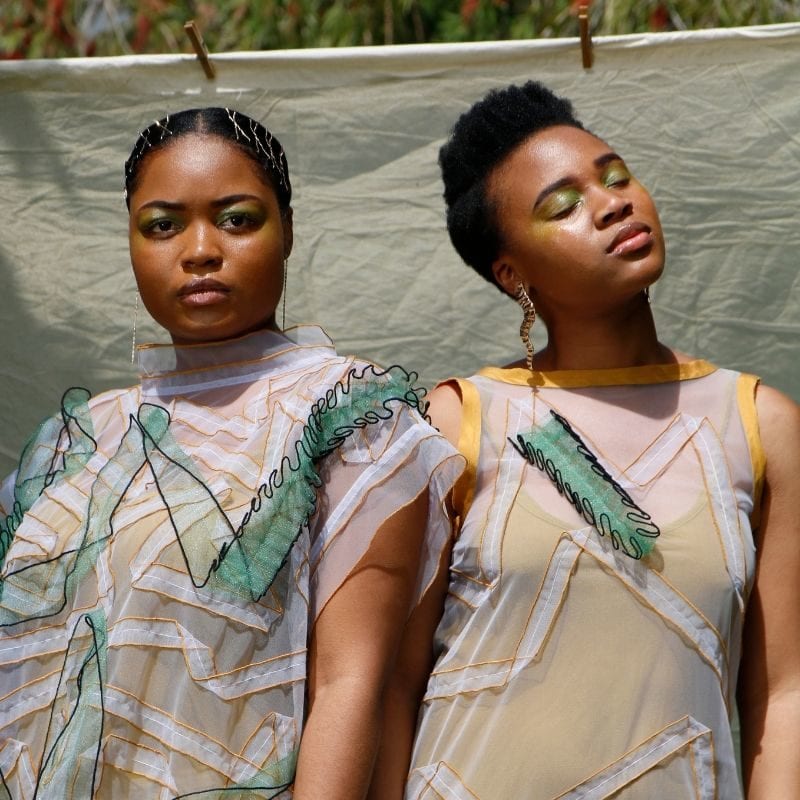 The Xhosa songs of the Thesis Za duo are beginning to make their mark on the South African musical scene, thanks to collaborations with artists such as Zoe Modiga, Msaki and Ronee Deep. Selected by Red Bull to record their first LP in the studios of the famous drinks brand, the two singers carry a feminist message of rare authenticity that they distill on a pure musical foundation, impregnated with soul and jazz. Two modern ambassadors of the Xhosa people and culture who are ready to carry their message loud onto the international stage. They were selected from among the 15 South African groups to be followed in 2019 by the OkayAfrica’s African Urban Culture Webmagazine.

A grand piano, a computer and an explosive light show – that’s what the stage looks like when Adriano Koch is performing. At 17, this young Swiss-French student put his studies aside to devote himself solely to his art. Perfectly marrying jazz, electronic and classical, his music crosses styles and offers a mixture that is both  seductive as it is surprising.

Today, aged 20, the talented Adriano Koch not only has a tremendous sound, he also works meticulously on the visuals of his shows that ensure unique and striking performances every time. 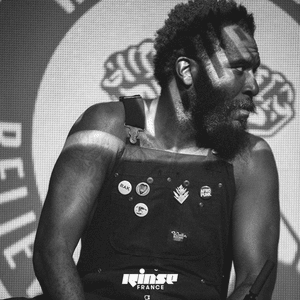 DJ Noss defines his music as ‘contemporary ancestrality’. Not quite traditional or tropical, his sound is the   continuation of a Martiniquais musical style called Bèlè. A versatile artist, Noss lives his musical dimension accompanied by turntables, machines and his Bélé drums.

Alone or in collaboration, he is in constant search of new vibrations and mixtures. His sets awaken the essence of perception, allowing the listener to see, hear and feel. An initiatory trance where Afrobeat infiltrates Trap, electro spills into Caribbean music, Baile Funk marries  Bélé. His music has no borders: France, Spain, USA and Ghana are just some of the countries where he could share the stage with artists like Sons of Kemet, Mos Def or DJ SNAKE. His new EP “2700” was released in 2019. 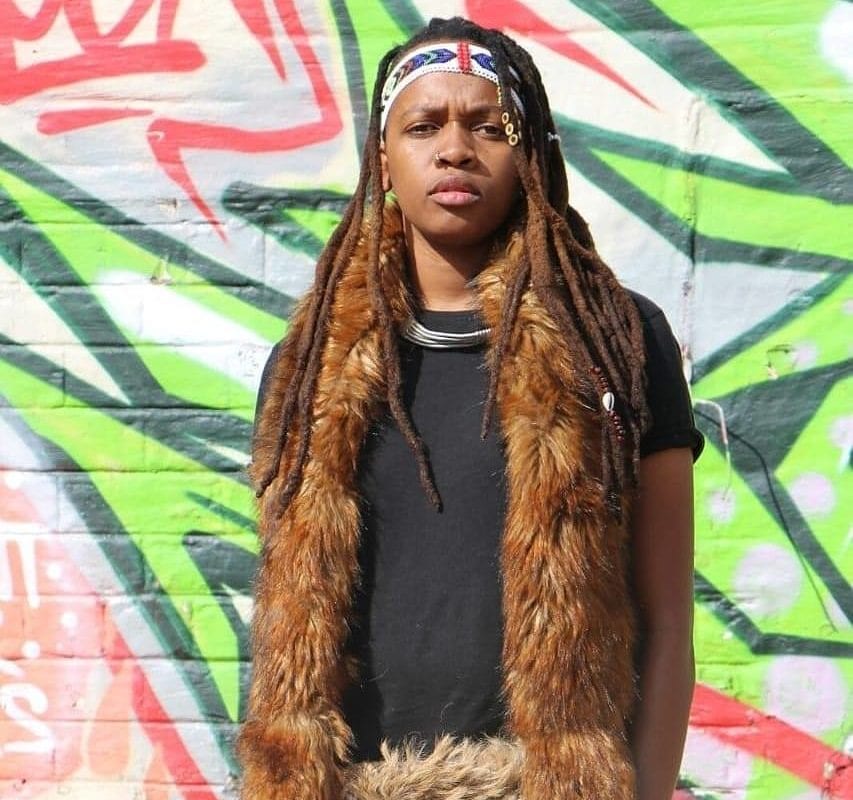 Inspired by the sounds of her childhood and her family heritage, Kanii Axtro is eager to give a voice to LGBT black women in post-apartheid South Africa. Born into a family of ancestral traditions, Kanii Axtro draws on her origins to create a perfect fusion of modern and traditional sounds. Through her multi-influenced music, the young South African carries a powerful message that has allowed her to participate in the Afropunk battle of the bands. 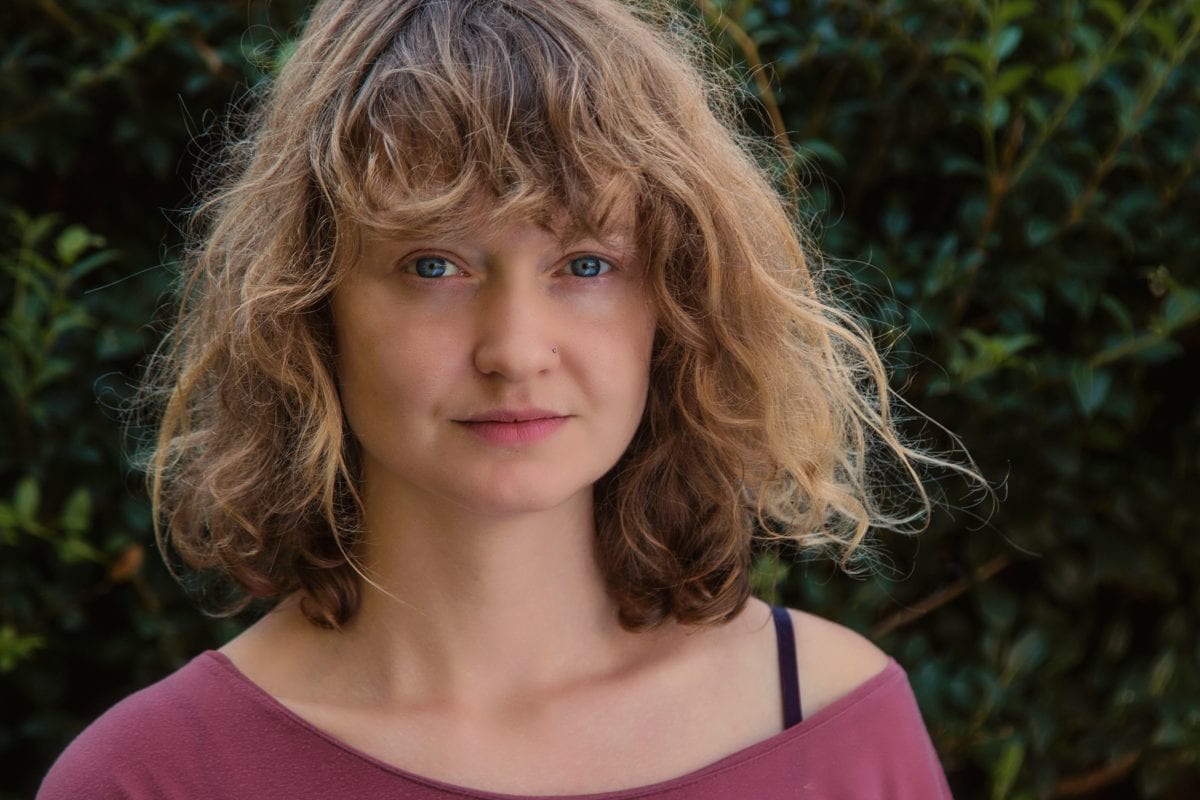 Brought up between France and England, the British singer returned to London as a teenager and on the advice of her father, began singing her compositions in the street at sixteen. Quickly spotted, she has published two EPs and two albums in which she shares her personal experiences and lifestyle. Often compared to Lhasa de Sala for the emotional power of her voice and Tom Waits for her melancholic swing, she explores all her vocal possibilities, from sweetness to joyous explosion. Her lyrics address current themes while adding notes of hope and transformation. Hers is certainly a voice to follow. 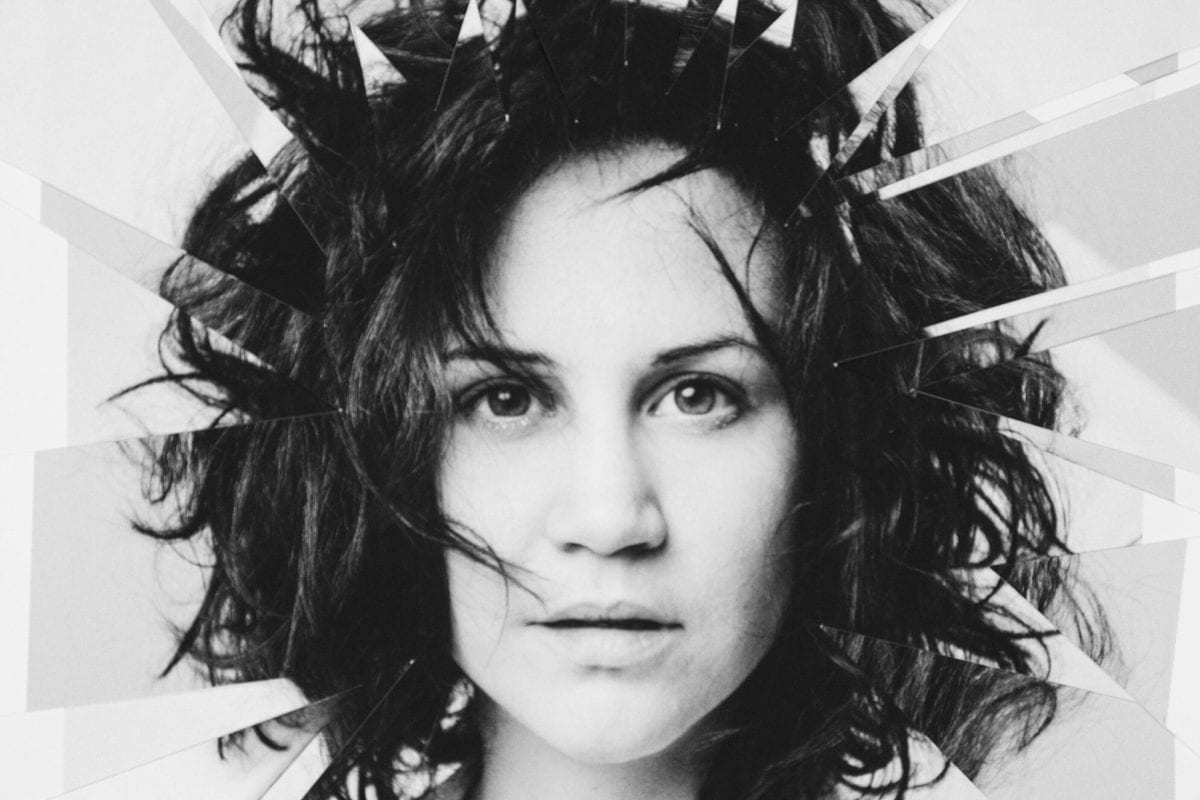 This German-speaking singer is originally from Engadine. Also a composer and multi-instrumentalist, Andrina Bollinger constantly pushes the limits of sound, exploring contrasts and working with different musical repertoires. She has already collaborated with the cream of Swiss jazz including Erik Truffaz, Michael Flury and Ingrid Lukas. Active in two Eclecta and JPTR duets, she also writes music for the theatre. In the solo project for Show-me, Andrina sings, plays piano, percussion and electronics and improvises according to her intuition. A very beautiful moment of intimate jazz that is open and connected.

Between poetry and emotion, the young French singer-songwriter carves out intimate songs inspired by her daily life and inner world. Steeped in music from an early age, Thais Té has been writing her own lyrics since she was twelve. Through her sincerity, she seeks to bring intense emotions and to invite introspection.

To deepen the power of her voice and guitar, Thais Té now integrates samples, that broaden the dimension to her songs and vignettes of shared life. 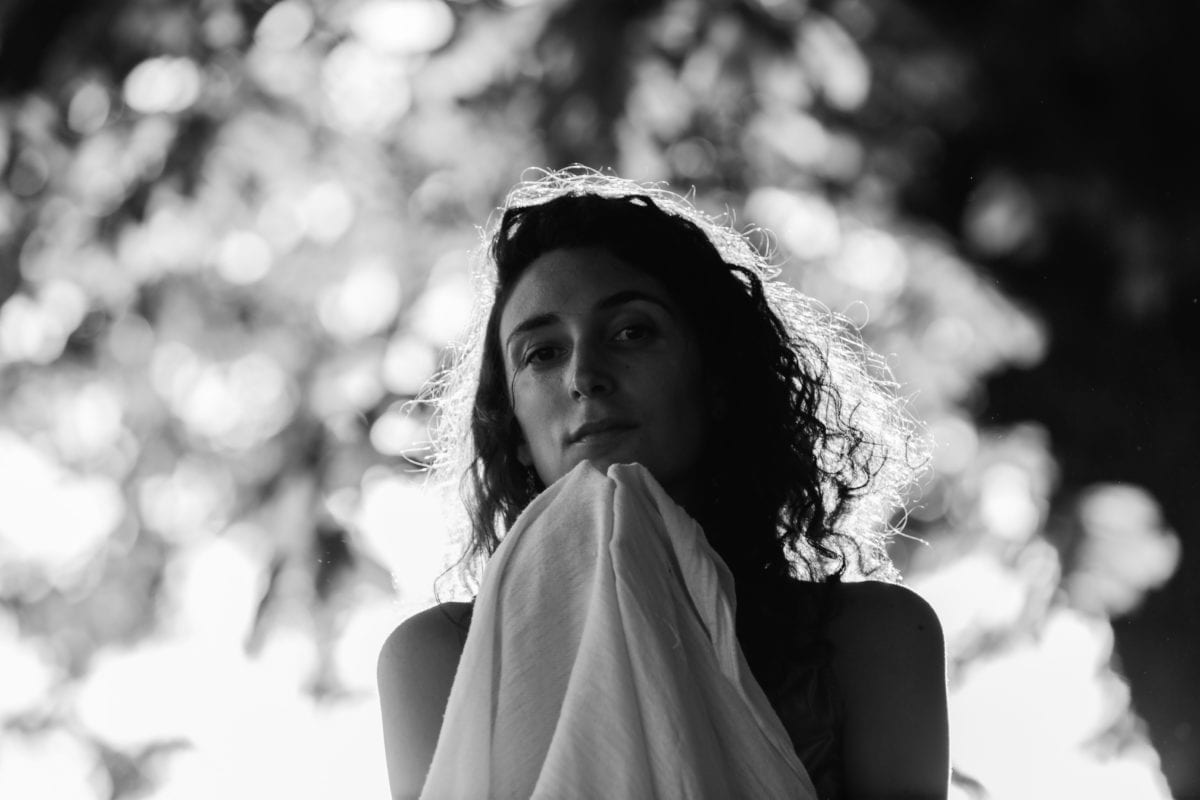 Born in Beirut, adopted by Switzerland, Dida Guigan sings and explains her different languages and cultures. After studying at the HEK Bern, she left to learn about Arabic music in Egypt and Lebanon. After recording different CDs with different bands, Dida Guigan began thinking up ways of performing more intimately as a solo artist.

While meditating in her local park, she met Pascal Auberson, a long-time Swiss-Romand singer also filled with emotion and a variety of voices, plus a relationship to the body. Thanks to his advice, Dida then came up with the idea of “Pourquoi j’ai pas fait la Star Ac” (“Why I never did Star Academy”), a one-woman show where she tells her story with both modesty and humor, singing in English, French and Arabic, playing the piano and sometimes wearing her percussion-bell anklets. 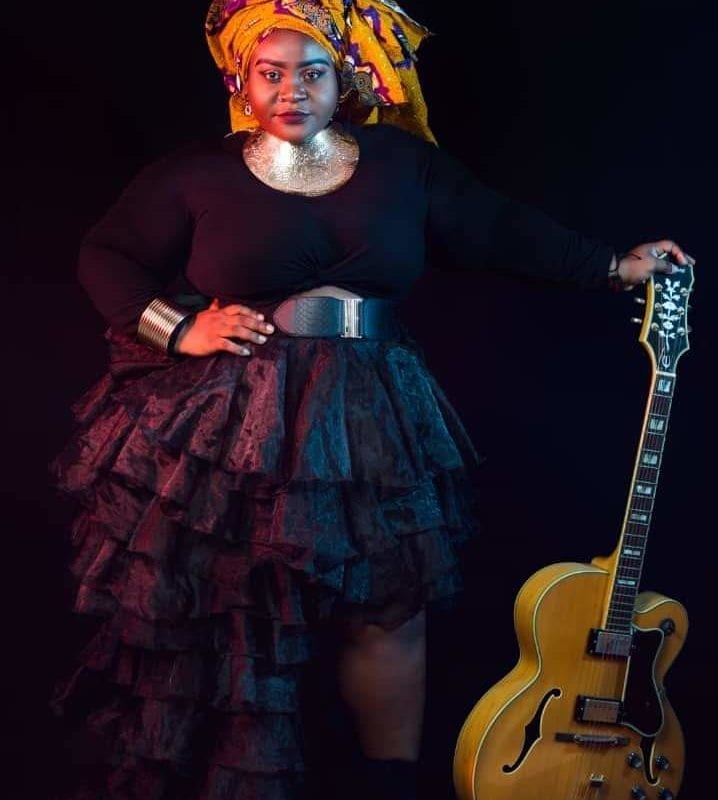 In her early twenties, Nelida Karr is “the” musical revelation of Equatorial Guinea. Multi-instrumentalist, singer and songwriter, she draws her inspiration from her homeland. In a music that is both energetic and plural, which she calls Afro-fusion, she mixes the rhythms of her Bubi ethnic group with Spanish and South American sounds.
Nelida released her first album at the age of 20 and then self-produced another two in 2013 and in 2018. This earned her a place as a finalist in the RFI newcomers prize in 2013, and won her first prize in the Vis à Vis musical rendezvous, organized by the Guinean Ministry of Culture and Casa Africa in 2018. The so-called “diva
of Equatorial Guinea” stands out as a true model for the younger generation and strongly illustrates the success of women in the African music business. 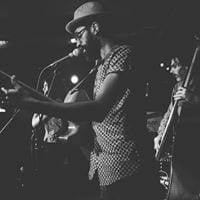 Lameck’s musical trajectory of lies within the borders of MPB (Brazilian Popular Music) and a pop sound tinged with rock and African tones. Based in France for over 15 years, young Lameck grew up in an artistic family in São Paulo.

His musical world is influenced by Caetano
Veloso, Gilberto Gil and Joao Bosco. Armed with his guitar, an instrument that has fascinated him since childhood, Lameck has successfully brought his intimate songs to resonate on both European and Brazilian stages.