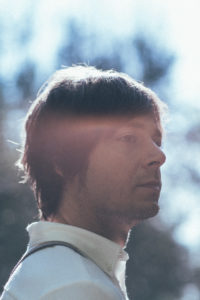 Born in Doncaster, a small English northern town, David Zincké soon moved to Nice to try and conquer the French music scene. Accompanied by his guitar, the young Brit hit all the bars and halls of Nice to play his songs and make a name for himself. It’s agreed that his fragile and elegant voice could quickly make him one of the rising stars of the blues. He signed to the label “Dime On Records”, where he recorded his first EP simply entitled ‘The EP’. It managed the feat of bringing the freshness of pop to the long tradition of blues, placing him as the ambassador of a new musical style. His first single ‘Oh My’ was a big success in France and was chosen as the soundtrack for the trailer of « Toute première fois », an award-winning film at the festival of Alpes d’Huez. His live performances have increased as have the warm up slots for prestigious artists like Madeleine Peyroux, Marina Kaye and The Hives. In 2018 he released his first album “Soul And Bones”, that’s already been streamed over a million times.