Still A-live! During this unprecedented period of confinement, the Show-me team has gone to meet musicians and cultural players to question them and take the pulse of what they’re thinking. What is or should be the status of the artist? What are possible remunerations? What evolution is possible after the crisis?

Julie Henoch, Press and radio journalist, programmer and writer, shares her point of view on the situation.

“The advantage of the crisis that we are going through has been to force us question a lot of things that usually we took for granted. A sea-change is taking place, we have begun to realise that the law of the market had somewhat perverted our values. We value the jobs that were generally despised, such as cashiers and nurses; we realize the extent of north-south inequalities, that working in open space is an aberration; that the sky without airplanes is better; that the planet fares well when we are at a standstill; that shopping locally is preferable; that old people are better off at home than stuck in an old people’s
retirement centre. And what’s more, we’ve realised that artists are not acrobats who keep complaining, but transmitters of a life force that we all need, and that music has no price and no borders. The problem with our society is to have wanted to make everything marketable, to produce and to produce again. Research,
whether scientific or musical, suffers from this productivity obligation. But to achieve something takes time and “time is money”, as the saying goes … Time, in fact, is stolen from us all. 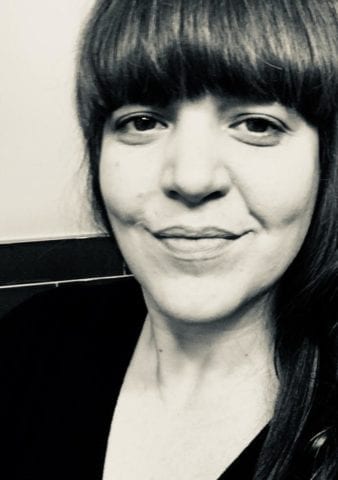 The fragility of our economic system has been highlighted, and it is as valid for musicians as for others. The further we go on, the less people get the results of their labour. It is a characteristic of capitalism to produce everything at high speed, to create empty structures that fill owners’ pockets and to dispossess
“hose who do the producing”. As for musicians, we see today that the majority of them are putting their
music online for free. It makes sense, since it responds to people’s increased need to be united and feel something. This, I believe, is one of the primary functions of music. Nowadays, making an album has become a just calling card, whereas the last bastion for artists to really make money is the live concert. If
concerts are no longer possible – which may be the case for a long time – what to do?

To date, artists have had no real status in Switzerland, the whole sector has simply survived by tinkering with volunteering, unsuitable associative set ups, odd jobs on the side or partial unemployment benefits when possible. It is time to create a fully-fledged artist status, or ideally, an unconditional basic income
for the entire population.”

They prefer to talk about shows rather than concerts. This is normal since this duo – made up of Alexinho, a beatboxer from Nantes, and Maras, from Bordeaux – loves music as much as poetry, theater and plastic arts.After a first six-track EP, “Le sixième verre”, Maras unveils today the colors of “L’Espace-temps”, recorded in...

A soft voice that echoes itself, beats and loops, lyrics in French, English and Tigrinia that evoke a dark universe with an undeniable freshness: Segen’s strength is her vulnerability. “Vulnerability as a cure” is the credo of this young Eritrean singer from Geneva, who studied in a choir. Her first digital EP released in 2020...

With a Master’s degree in composition from the University of Arts in Bern, Lakiko seeks to awaken buried parts of human consciousness through her music. Lana Kostic uses her cello and her magnificent voice to take us on a stroll through her soft and dark universe. She studies how brainwaves react to music and uses...

Multi-instrumentalist and autodidact, the Lyonnais Victor Marc, proposes a singular and surprising indie-pop music of Anglo-Saxon inspiration. Between old-school rock, folk and urban music, he plays solo, accompanied by a virtual orchestra concentrated in a looper. Thanks to nonchalant reverb effects, a vintage guitar sound, lyrics largely in English punctuated here and there by a...