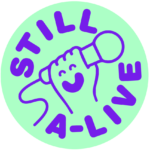 Still A-live! During this unprecedented period of confinement, the Show-me team has gone to meet musicians and cultural players to question them and take the pulse of what they’re thinking. What is or should be the status of the artist? What are possible remunerations? What evolution is possible after the crisis?
Geneva pianist, Marc Perrenoud, is the first to share his thoughts

“It is always hard to give “advice”, especially since nobody really knows where we are going and what the situation will be in the medium and long term. But, if I imagine a future, it’s probably not going to be super rosy for those of us in artistic circles and, in particular, music. This is where the debate really begins. The musician has thus become a super-entrepreneur, knowing how to do more or less everything, but this in the long term will turn into a disadvantage.

But possibly, musicians can no longer exist. Let me explain: The musician (say independent, creator, producer) has been doing this for over 30 years and chooses to adapt. Each blow in the fragile mosaic that holds the system together (concerts, copyrights, sale of records, etc.) must be now seen as “an opportunity”. You have to “know how to seize opportunities”. The musician thus becomes a super entrepreneur, knowing more or less everything, and even what will be useful in the long term.

As an example I’d like to take the ignoble circus game that is Crowdfunding, which will eventually bore everyone. During this Covid-19 crisis, everyone is quickly and instantly filling the void. And we musicians, who often deplore faulty equipment, amateur sound engineers and dispersed listening, have managed to bring all these faults together in the innumerable “live” shows which, in reality, combine a lack
of audience, poor framing and poor quality sound. All for free, of course! There is no better way to shoot oneself in the foot.

In my humble opinion, we must accept defeat and failure. It doesn’t mean however that everything stops here, we just have to stop resisting at all costs or we will run out of steam. The truth is simply that live music belongs in the concert halls. On the air is where we get our records played, tunes that we injected all our guts into.

As for the homemade footage from the living room or the kitchen, it’s a cheap bit of promo and nothing else, so let’s leave that role to the little iPhone video and stop pretending it’s more. For the moment, I’d like to say, “stop adapting and just disappear!” The best defense is not always
attack. We need a strategic withdrawal. Keep your strength and your creativity to be able to start again once the pandemic wave is over!”

Marc Perrenoud‘s latest album with his trio is called “Morphée”. It was released on March 27, 2020.