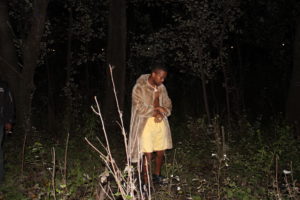 Originally from Durban, Robin 3 rd Floor has been brewing for some time on the net and on the sound waves of South Africa and beyond. His effective and pulsating musical layers have given birth to a unique sound of which he alone has the recipe. With his latest EP, ‘Bothela’, released a few months ago, he surfs the rap style of the rainbow nation and emerges brilliantly, creating a music made of rhythms and rhymes hammered out in a seamless flow (both in English and Zulu). Combining several genres, Kwaito (Soweto House music), hip-hop and gqom (Durban House music), his music depicts the popular and underground culture of Durban. With ‘Bothela’, he allows us to plunge into his beautiful world, a product 100% made in South Africa.